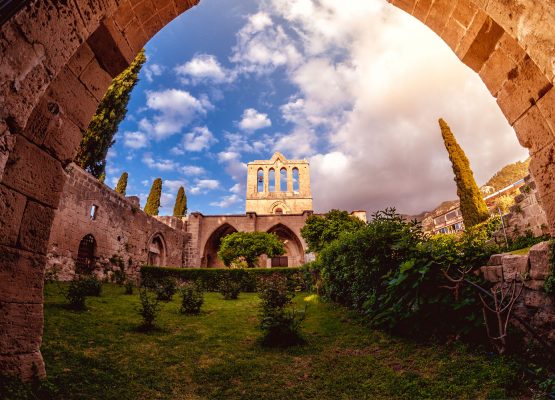 Sitting on a natural terrace in the leafy Five Finger Mountains that rise south of Kyrenia is the beautiful village of Bellapais and its magnificent abbey.

The village is serenity itself, a step back to a time when the hustle and bustle of modern times would have been anathema to those lucky enough to live amongst its quiet lanes and whitewashed houses. Indeed, the name Bellapais comes from the French ‘belle paix’, which translates as ‘beautiful peace’.

Home to Bellapais Abbey, a remarkable example of monastic Gothic architecture perched high on the side of the mountain. Its grandeur is visible from afar, while the views from its grounds across the beautiful North Cyprus landscape, Kyrenia and the Mediterranean beyond are simply breath-taking.

The Abbey was built in the 13th century and has been embellished in subsequent centuries with the addition of further towers, gates and murals.

The first occupants known to settle on or near the site were the Canons Regular of the Holy Sepulchre, who had fled Jerusalem after its fall in 1187 to Saladin. The first buildings date between 1198 – 1205, whilst the main buildings as can be seen today were built during the rule of King Hugh III between 1267 – 1284.

Entry through a fortified gate leads to the church and its arched cloisters constructed during the rule of King Hugh IV between 1324 – 1359. The refectory is illuminated by natural light that streams through its windows, throwing shadowy shapes across the elegant columns within.

A visit to Bellapais and the Abbey will sate the senses and satisfy the soul. The world-famous English author Lawrence Durrell who wrote the book “Bitter Lemons” whilst living in Bellapais village between 1953-1956, constantly mentioned his admiration for the abbey, which he lived next to and is also an attraction for visitors.

Open to guests throughout the year, during the summer, music concerts and festivals are also organised within the Monastery grounds, and it is worth checking our upcoming events regularly to take advantage of this Gothic experience. 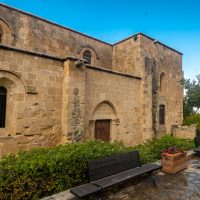 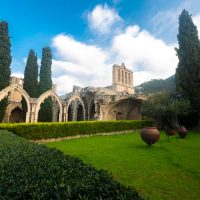 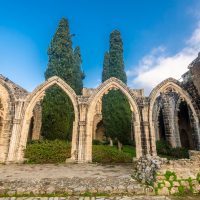 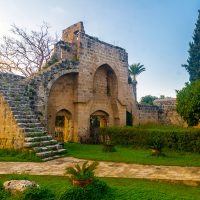 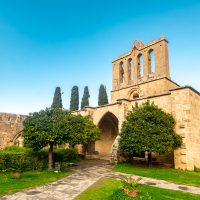 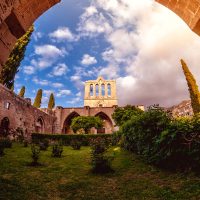 The restaurants and bars surrounding Kyrenia’s horseshoe shaped Old Harbour serve guests in a unique atmosphere and is a rare...
Discover

Ganchvor Sourp Asdvadzadzin is the Armenian Apostolic church located within the walled city of Famagusta. On the north-west side of the walls, it is...
Discover

Also known as the Kyrenia Mountains, this long and narrow mountain range runs for over 170 kilometres parallel to the coast of North...
Discover
Discover
The Island
Events
Media
Travel plan
NCY For
Essentials
This website uses cookies to provide you with the most relevant information. Please accept cookies for optimal performance.AcceptRead more