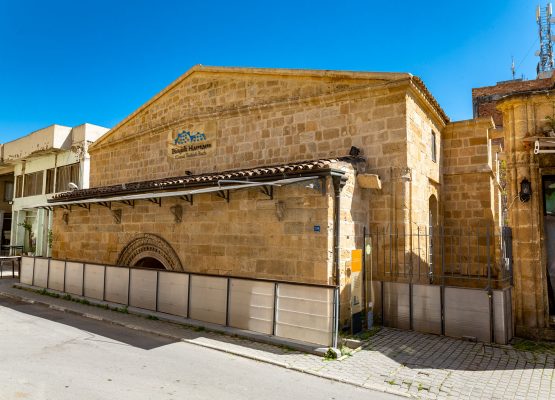 From the olden days, Hamam’s have played a definitive role in the structure of cultures, a meeting place for social gatherings, body and soul purification and general relaxation.

The first buildings that Ottoman Turks built in any city were the baths, a prime facility used in the everyday life of its inhabitants, also serving as a practical sanitary service for the very many that did not have had the same comfort in their homes.

Buyuk Hamam is the oldest Turkish bathhouse in the city, in the Iplik Bazaar quarter, erected on the Lusignan site of the 14th century St. George de Poulains Church – the only real identifiable element that remains today from the former Latin ecclesiastical is the main entrance, which also bears similarities to the porch of the Bedesten.

As the new city was built on the ruins of the former, with the rise of the ground of the surrounding areas over time, the Hamam’s door is now located around 2 metres below the ground level with the bathrooms further below.

Buyuk Hamam is one of the most stunning remains of the Ottoman period in Nicosia. The building was rebuilt as a Turkish bath between 1571 and 1590 during the first years of the Ottoman rule on the island and belonged to the Pious Foundation of Lala Mustafa Pasha, serving a healthy income to this institution. The venue was a popular public centre, where women especially would meet to socialise and exchange gossip.

It was renovated in 2007 – 2008 all whilst the original qualities of the bathhouse were maintained, and today consists of three sections: ‘Soyunmalik’ which is the changing room, ‘Iliklik’ where visitors warm up or warm down and the ‘Sicaklik’ being the main hot feature, exhibiting a large cupola (dome) with glass-covered holes inviting sunlight over the central massage podium.

The changing room also bears the original remnants of the Latin church, especially that of the large windowsills.

The Buyuk Hamam is the only original Turkish bath still active in North Cyprus and an important attraction for tourists, who use it to experience hundreds of years of traditional methods of peeling and massage with aromatic oils and foam.

The baths are generally open daily, and arrangements can usually be made for sex segregated and/or family sessions. 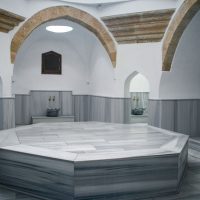 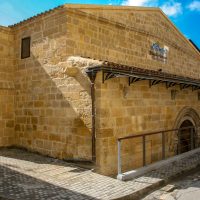 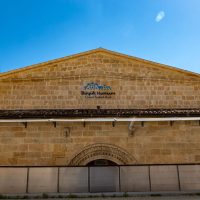 Within a hill near the tiny village of Cinarli sits the largest cave on the island. Taking its name from...
Discover
Discover
The Island
Events
Media
Travel plan
NCY For
Essentials
This website uses cookies to provide you with the most relevant information. Please accept cookies for optimal performance.AcceptRead more