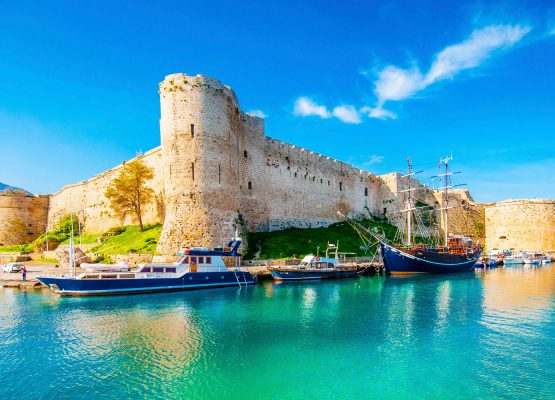 Captured on the Third Crusade

If the grand fortifications of Kyrenia Castle could talk, many a tales could be told.

The castle was first built by the Byzantines, possibly over the remains of an earlier Roman fort, in the 7th century to guard the city against the new Arab maritime threat.

Subsequently every era of conquerors from Richard the Lionheart to the Ottomans has added its own touch to the castle’s bulk.

The first historical reference to the castle occurs in 1191, when King Richard I of England captured it on his way to the Third Crusade by defeating Isaac Comnenus, an upstart local governor who had proclaimed himself emperor.

The Byzantine construction of four towers linked by walls was later strengthened again and enlarged by the Lusignan’s, but the current appearance of Kyrenia Castle mostly dates to the Venetian rule of Cyprus from around 1489.

The Venetians were concerned about the possibility of the invasion of Cyprus by the rapidly expanding Ottoman Empire. With the Ottoman mainland only miles away, and their forces gaining strength every year, the Venetians set about fortifying Cyprus.

The walls of Kyrenia Castle were enlarged, thickened and reinforced to defeat artillery attacks and to resist any siege. The Venetians replaced the original drawbridge at the castle’s entrance with the protected gatehouse that still exists today. They also kept the 12th century Byzantine Chapel of St George safely within the walls. When the Ottoman invasion finally occurred in 1571, the Venetians were defeated with ease.

Kyrenia Castle lies at the entrance to the town’s famous harbour and stands majestic guard over the port. Well worth a visit, the castle is in a remarkable state of preservation and is fully accessible to the public today.

A large rectangular structure, the castle contains a cistern, dungeon, chapel and two small museums, though the real highlight is walking along the ramparts high above the harbour.

As well as offering a fascinating glimpse into the history of Cyprus, and the stunning views on offer to visitors, Kyrenia Castle is home to North Cyprus’ Kyrenia Shipwreck Museum, the setting for one of the world’s most important and well-preserved pieces of marine history. 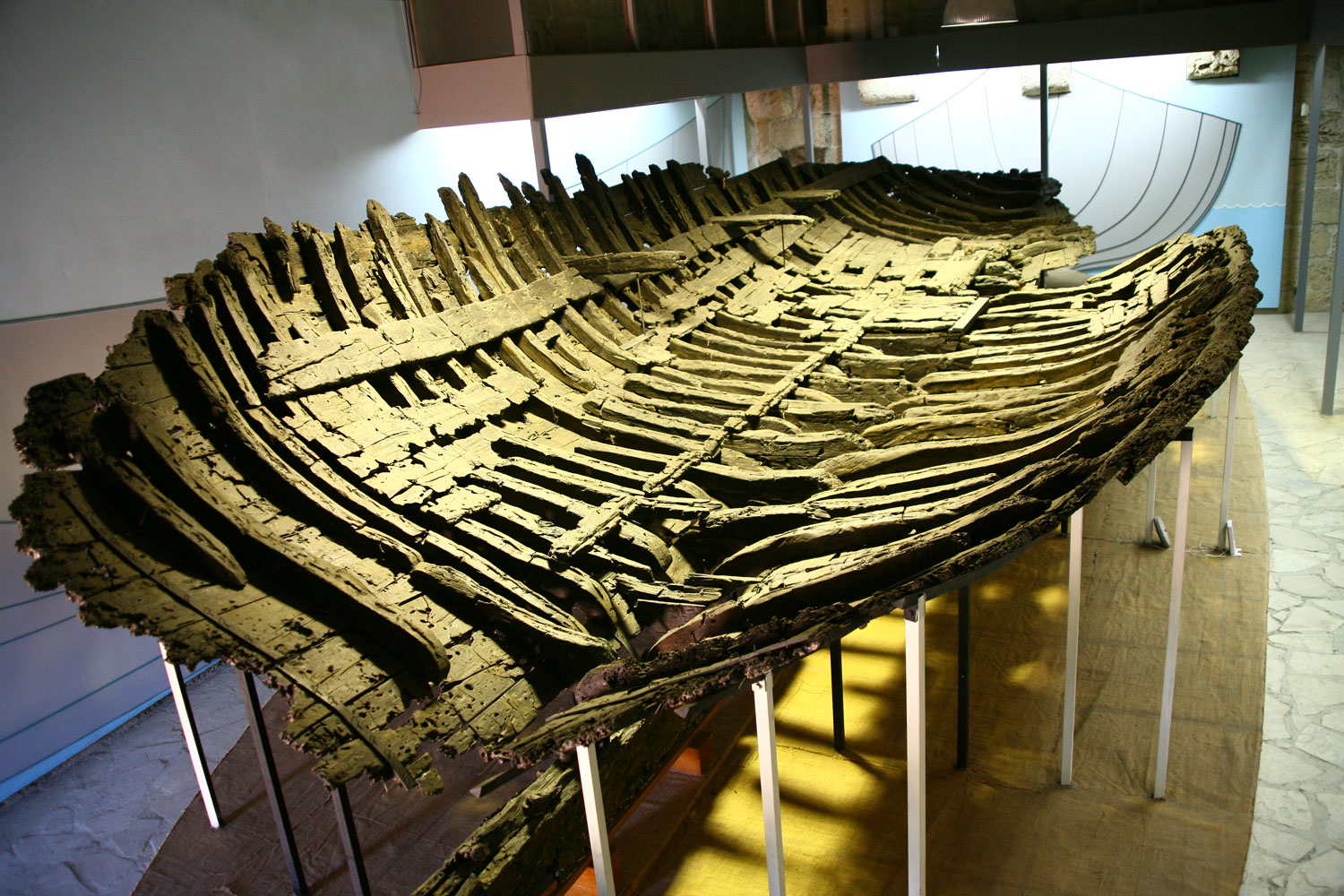 Next door to Kyrenia Castle, this unique museum contains the remains of the oldest shipwreck recovered from Cypriot waters.

The wreck of a 4th century Greek merchant ship, it was first discovered coincidentally by a sponge diver during a storm in 1965, and brought to surface following a coordinated salvage expedition of a British team of scientists from Oxford University and the University of Pennsylvania from 1967-69.

The ship sailed in the Mediterranean during the lifetime of Alexander the Great and his successors. The evidence points to her being taken by rough seas around the year 300 BC when she was rather old, with many believing that piracy played a part in the vessel’s sinking – archaeologists found spear points stuck inside the hull of the vessel, possible evidence of an attack before it sunk.

The objects on display in Kyrenia Castle are the original ones that she carried during her last voyage about 2,300 years ago. The 15-metre wooden-hulled (Aleppo pine) ship’s cargo consisted of amphorae, almonds, grain, wine and millstones from the Greek islands of Samos, Rhodes and Kos. Its crew most likely traded along the coast of Anatolia and as far as the islands of the Dodecanese in Greece.

The ship exhibit is very well preserved with its majority in good condition and a warranted stop when visiting Kyrenia town centre. 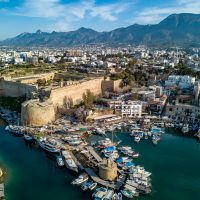 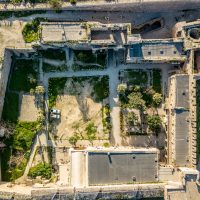 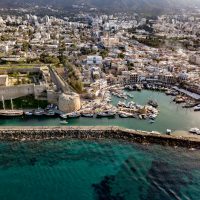 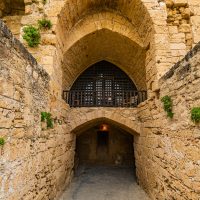 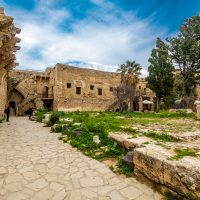 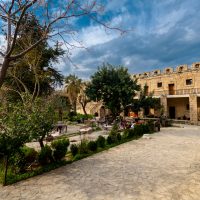 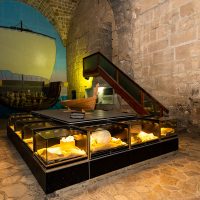 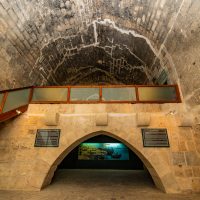 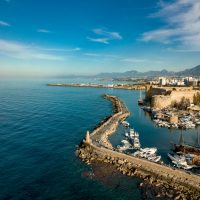 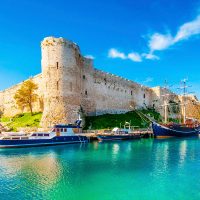 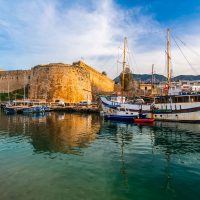 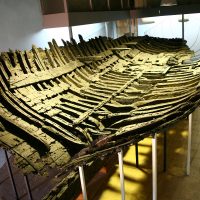 The restaurants and bars surrounding Kyrenia’s horseshoe shaped Old Harbour serve guests in a unique atmosphere and is a rare...
Discover

Of the three crusader castles on the Five Finger Mountains, Kantara lies furthest to the East. At 700m above sea...
Discover

As the name implies, this castle is buffeted by the winds, and is how it derived its Italian name ‘Defier...
Discover

Among the many churches in Famagusta, these two medieval edifices have an exhilarating story to tell. The 13th century officially...
Discover

Diving is very popular activity for many in North Cyprus, and there are some really good clubs that can provide...
Discover
Discover
The Island
Events
Media
Travel plan
NCY For
Essentials
This website uses cookies to provide you with the most relevant information. Please accept cookies for optimal performance.AcceptRead more