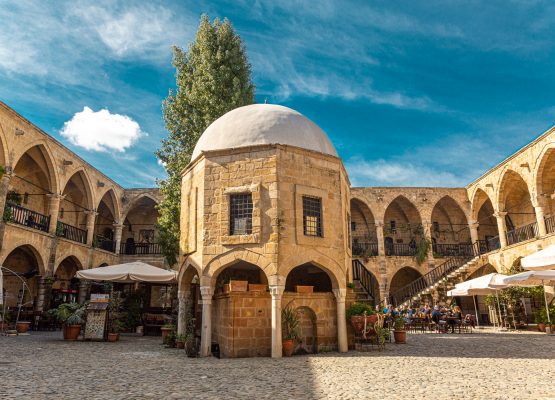 Finest Building on the Island

Considered to be one of the finest buildings on the island, known as Büyük Han locally, it is the best-preserved example of Ottoman caravanserai architecture and largest in Cyprus.

Located in the traditional market centre within the City Walls of the capital city Nicosia, it was built by the Ottomans in 1572, the year after they had seized Cyprus from the Venetians. Under the auspices of Muzaffer Pasha, the first Ottoman governor of Cyprus, Büyük Han was modelled after the Koza Han in Bursa.

The Han, which was built to provide accommodation for travellers from Anatolia and other parts of Cyprus was originally named “Alanyalilar’s Han”. Later when a new inn, the Kumarcilar Han was built nearby in the 17th century, as a result of the comparison made by the public between the two Hans, it was referred to as the Büyük Han (Big Inn or Great Inn).

The rooms on the ground floor each have a low-arched door, arched window and a hearth. The windows of Hans were always high up, partially to deter thieves who saw rich merchants staying as a source of easy riches, and also because glass was very expensive at the time.

In the centre of the inner courtyard is a mescit (Muslim prayer room), built with stones from other buildings and balanced on six pillars over a şadırvan (Ablution fountain). A grave that lies to the southwest of the masjid is thought to belong to a high-standing person who died whilst worshipping in the masjid. With two entrances to the Han, this design is rare and similar only to two others located in Turkey.

Externally, the Han resembles a fortress, and upon the British takeover in 1878, the inn was restored for use as the Central Prison of Nicosia. Between 1903 and 1947, the building was used as an inn, after which it became a refuge for poor families where they could rent rooms cheaply until 1962.

After spending most of the 1990s being restored, the inn has been revived as a thriving arts centre, consisting of several galleries and workshops, and has once again become the hub of North Nicosia’s Old City bustle. Folklore dance shows, piano recitals, drama displays are also common nowadays within the walls, and this attraction is a must-see when visiting Nicosia. 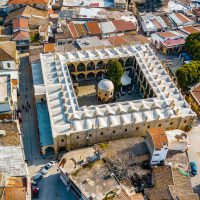 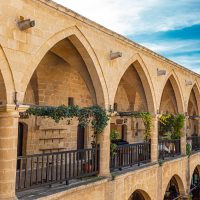 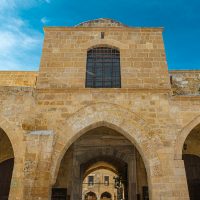 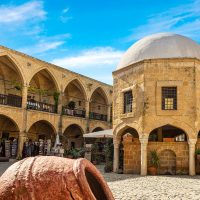 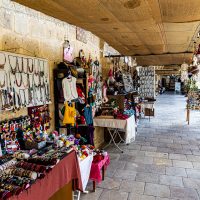 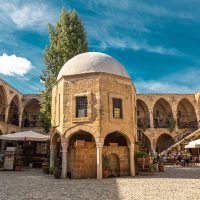 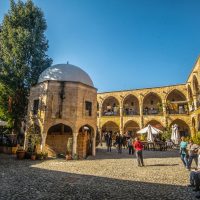 In the centre of Ataturk square, locally known as Sarayonu, is the Venetian Column. The column was moved from its...
Discover
Discover
The Island
Events
Media
Travel plan
NCY For
Essentials
This website uses cookies to provide you with the most relevant information. Please accept cookies for optimal performance.AcceptRead more