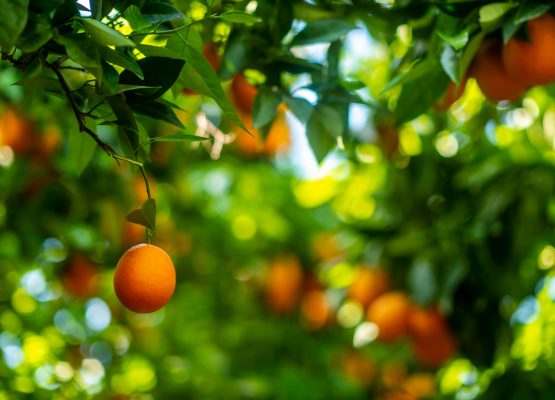 Travel from the capital Nicosia or alternatively head west from Kyrenia and follow the coastal route, and you will travel through kilometres of unspoilt countryside before reaching the town of Güzelyurt in the centre of the citrus growing area.

Its translation to “Beautiful Place” naturally implicates Güzelyurt and its’ surrounding villages in as stunning, rich and fertile.

Situated close to the foothills of the Troodos Mountains this town is the most fertile agricultural area on the island growing many of its’ vegetables and soft fruits – hence with good reason, this area is also known as the “Fruit Basket” of Cyprus.

Also known by its Greek name Morphou, Güzelyurt is said to have been inhabited since Bronze Age times, and it was also a major centre for copper mining during its history. Under the British rule, the town was also a major part of the transportation network, connected by rail to Nicosia and Famagusta.

Although Güzelyurt is not as culturally or architecturally rich as other towns and cities in North Cyprus, it does have deep historical roots and a little time spent in exploration will reveal its hidden charms.

It’s certainly worth visiting to see the Archaeology and Nature Museum and the Church of St. Mamas, the patron saint of tax avoiders! Built in the late 18th century, this church reveals a combination of Gothic and Byzantine architectural styles and contains an exquisitely beautiful glass chandelier. The museum situated in the ecclesiastical buildings adjacent to the church holds displays of historical Cypriot artefacts including some pieces of ornate gold jewellery.

Visitors may be tempted to plan their trip around the bustling market day on a Saturday where local produce is sold, so as to make a day of it, or can share the day with the offerings of the town of Lefke, only a short drive further East on the coast, stopping off at roadside stalls selling bottles of freshly squeezed juice.

These windy shores also play host to thousands of windsurfers tackling the fierce waves throughout the year.