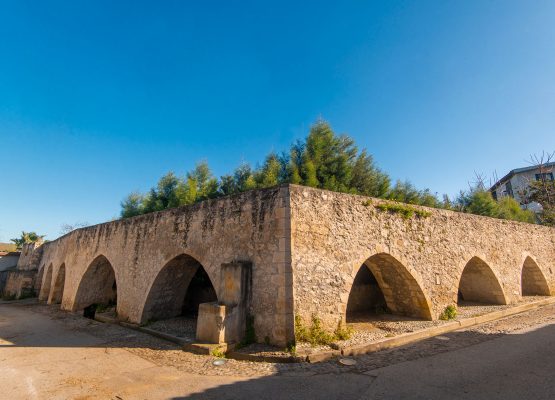 With long and hot summer periods, in the past the island has always had a significant shortage of water.

Clean water supply to the urban residential areas had always been one of the most important concerns of Cyprus governors.

Throughout the centuries, water generally depended on rain fall, snow fall on the mountains as well as from natural springs, the main one located in Lefke.

Since the Roman era, water supply to cities was handled from the fresh springs via aqueducts, the water carrying systems consisting of chains of wells, underground water channels and bridges. During the sieges however most of the conduits were demolished which created shortage after the conquest.

At the beginning of the Ottoman administration, the existing water systems were inspected and repaired, new ones were constructed.

The Lefke aqueduct is thought to have been built around 1609. With its bridge of ten arches, this stone-built construction running in the centre of the town is considered one of the best Ottoman monuments inherited by the residents of Lefke.

This aqueduct is still used today for irrigating the orchards and fields.

Lefke, which has fertile fields leading up to the sea, was also one of the grain production bases during the Ottoman periods. For this reason, many mills and water stretches were built to run them for the grinding of grain.

The great English explorer Sir Samuel White Baker, who recalled Cyprus in 1879, wrote that the stonework in the waterways that pour water into the mills that returned with water in Lefke was elegant and braided.

Only 10 of these arches have survived to this day, and worth visiting on a day-trip to this town. 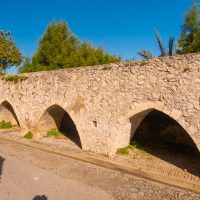 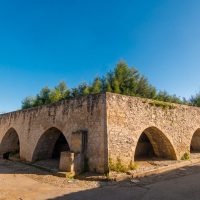