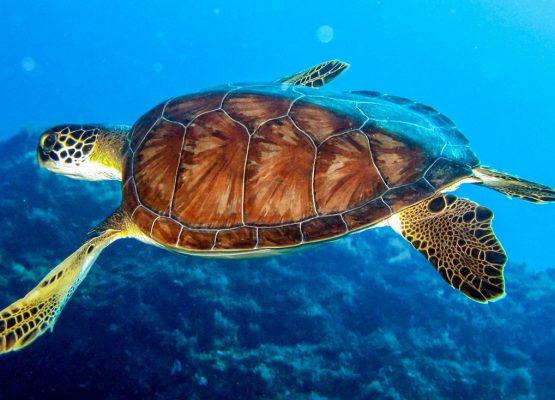 Cyprus hosts nesting of both the loggerhead turtle Caretta Caretta and the green turtle Chelonia Mydas, which are categorised as endangered on the IUCN Red list of threatened species.

The loggerhead is the most abundant marine turtle species in the Mediterranean with an estimated population composed of 2,000 – 3,000 females. Green turtles are more localised and estimated to have 300 – 400 females nesting annually in mainly Cyprus and Turkey.

Golden Beach and Ronnas Beach along the Karpaz Peninsula and the sands of Alagadi on the west coast are nesting grounds for these four-legged vertebrates from late May to the end of September each year.

The best time to observe the laying of the eggs is towards the end of June onwards and witness the hatch in late August and the beginning of September. 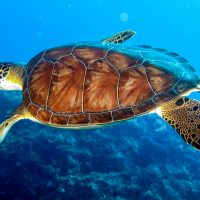 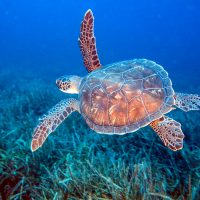 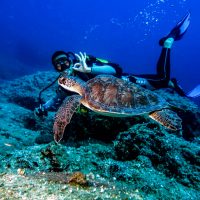 In Famagusta town centre lies this ancient tree of colossal size. Outside the entrance of the Lala Mustafa Pasha Mosque,...
Discover

Also known as the Kyrenia Mountains, this long and narrow mountain range runs for over 170 kilometres parallel to the coast of North...
Discover

Envisioning the ideal Mediterranean idyll and one pictures perfect coastlines, spectacular mountainsides and of course stretches of landscapes lined with...
Discover

This perennial bulb plant is a Cyprus endemic belonging to the Liliaceae family. Grown on the pastures around the Tepebaşı...
Discover

The Wild Donkeys undoubtedly have a special place among the fauna of North Cyprus. Descended from the African wild ass,...
Discover
Discover
The Island
Events
Media
Travel plan
NCY For
Essentials
This website uses cookies to provide you with the most relevant information. Please accept cookies for optimal performance.AcceptRead more