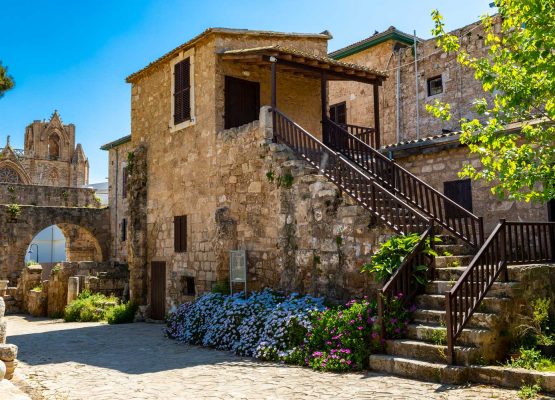 A historical building in Famagusta, it is known for being the temporary abode of the influential Turkish writer Namik Kemal.

Known as the Shakespeare of Turkish literature, Kemal spent 38 months of his life in this building, between 1873 and 1876.

Seen as a potential revolutionary and a threat, Kemal was sent into exile by the Sultan Abdulaziz on 9 April 1873 soon after the first performance of his play ‘Vatan yahut Silistre’ (Fatherland or Silistria) a drama centred on the Siege of Silistria, at Gedik Pasha Theatre in Constantinople, modern day Istanbul. The play was considered dangerous by the Ottoman government as it promoted nationalism and liberalism.

The site of the building Kemal was exiled to was originally part of the Venetian Palazzo del Proveditore however the gaol building as it currently stands was built during the Ottoman era in a corner of the ruined palace.

The ground floor, with only one vaulted cell is rectangular shaped and has a low arched entrance door and barred window which opens on to the courtyard of the Venetian Palace. Although described as a dungeon, it is not underground.

When Namik Kemal came to Famagusta, he first stayed at the ground floor. Extensive notes found described his initial cell as too dark and a place unsuitable for living – the room was indeed just over ten squares metres and devoid of furnishings.

Sometime after, he was transferred to the floor above with the permission of the Cyprus Governor, Veysi Pasha. Steep stone stairs at the side of the building lead to this storey which has two large windows, a landing at the front and marbled flooring.

When Abdulaziz was dethroned, Namik Kemal was pardoned by Murad V and returned to Constantinople on 29 June 1876. Namik Kemal had penned his plays ‘Gulnihal’ and ‘Akif Bey’ in the Famagusta dungeon.

Restoration of the dungeon in the nineties has allowed its use as a museum, which holds many of his belongings and documents relating to the late distinguished writer.

The same dungeon was also reportedly used by the British authorities during the First World War.

A bronze bust of Namik Kemal faces the square named after him, across from the dungeon. As references made by the founder of the Republic of Turkey, Mustafa Kemal Ataturk, to Namik Kemal’s works as a major source of inspiration, the writer today still enjoys the status of a literary hero for many in Turkey and North Cyprus alike. 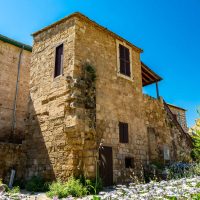 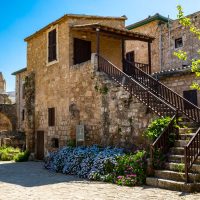 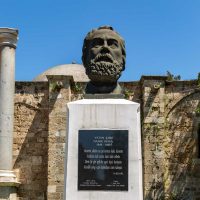 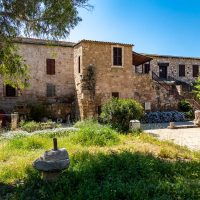 Palazzo del Proveditore, commonly known as the Venetian Palace, was a royal palace in Famagusta, originally built by the Lusignan Kings of Cyprus. Located...
Discover

The Bedesten is one of the most important historical buildings in Nicosia, reflecting the multicultural life and diverse past of...
Discover
Discover
The Island
Events
Media
Travel plan
NCY For
Essentials
This website uses cookies to provide you with the most relevant information. Please accept cookies for optimal performance.AcceptRead more