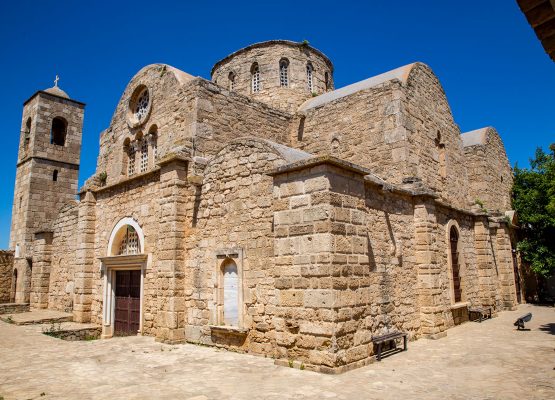 Site of a Miraculous Tomb

On the outskirts of Famagusta, standing on a slight rise and overlooking the huge necropolis of Salamis is the twin-domed church dedicated to St. Barnabas, patron saint of Cyprus.

Over the years, Cyprus has had various rulers with different religious beliefs, from Muslim to Christian and Pagan. Cultures have intermingled and crossed, leading to an island with mixed religions where churches and mosques sit side by side.

The St. Barnabas Monastery and Icon museum is situated close to the Royal Tombs between the village of Tuzla and the ruins of Salamis. The site consists of a church now serving as the museum, holding a stunning collection of Cypriot artefacts dating back as far as the 7th century BC, the monastery now sheltering an archaeological collection, and a chapel housing the tomb of the saint.

Who was Saint Barnabas?

St. Barnabas was Jewish and hailed from Salamis. Born Joseph, he travelled to the Holy Land to study law and whilst there he met Paul the Apostle. Whilst receiving a religious education in Jerusalem, Barnabas was able to witness some of the miracles of Jesus, and in 33 AD he took up the faith of Christ. He gave away family properties that he had inherited to the early church and the poor of Jerusalem.

He was made the Archbishop of Salamis, and when he returned from the Holy Land to Cyprus in 45 AD, he became a preacher offering teachings about Jesus Christ. He was accompanied by his followers John Mark and Paul of Tarsus, who together aimed to convert the sizable Jewish community to Christianity, though without much success. Nevertheless, Barnabas impressed the Roman governor of the island Sergius Paulus, to such an extent that he himself adopted the faith – Cyprus in turn became the first global region with a Christian ruler.

During a second visit to the island in 75 AD, Barnabas was arrested and imprisoned in a Salamis synagogue – the same night, a mob of Syrians stoned him to death and threw his corpse out to sea.

However, John Mark and other followers retrieved Barnabas’ remains and they secretly buried him in a tomb beneath a carob tree to the west of the Salamis necropolis – John Mark placing a copy of Mathew’s Gospel on Barnabas’ chest. The tomb of Saint Barnabas laid undiscovered for over 400 years until the 5th Century AD.

The tomb was discovered circa 480 AD by Archbishop Anthemios of Cyprus after he had a dream in which he saw the location of the long-lost tomb. St. Barnabas was found to be holding an illuminated Gospel of St. Matthew which the Bishop considered a miracle. He set off to the empire capital of Constantinople, which today is Istanbul in Turkey, to present the bible to the Byzantine emperor Zeno.

Delighted by this gift, Zeno duly granted autonomy to the church in Cyprus and funded the building of a glorious church on the spot where the tomb was located – it was badly damaged however during the Arab raids in the 7th century and the only remains which can be seen today is the original apse on the eastern end. Stairs lead down to the catacomb, part of this expansive necropolis.

St. Barnabas Monastery as it stands today was built by the original ruins of the Byzantine church in the 18th century. It was constructed with three domes, however due to the lack of foundations and soft soil, one of the domes along with an apse collapsed. When repairs were carried out, the third dome was not replaced, meaning that the church has an unusual square appearance. A fresco can be seen inside the church which illustrates the Bishop’s dream, discovery of the body and the presentation of the gospel to the Emperor.

Once the centre of the Cyprus Orthodox church, this monastery is still in good condition. Outside the church there is a courtyard, surrounded on three sides by buildings that once housed the monks and pilgrims coming to pray at the monastery.

Over the years, the number of resident monks reduced, and by the 1950’s consisted of only three brothers who had dedicated themselves to the church since 1917. They took care of its upkeep, and even built a bell tower in 1958. Most of their time was spent painting many of the frescoes and icons that are now on display.

The icon museum houses many artefacts including one of the best collections of Bronze Age and Early Iron Age antiquities in North Cyprus, and still retains an air of sanctity and peace. The archaeological museum also holds relics from the nearby antique city of Enkomi, dating back to a time influenced by ancient Egypt.

Beyond the church is a 19th century small mausoleum chapel erected over the tomb site where visitors flock to pay their respects, especially on the Saint’s feast day of June 11.

On most days, a guide is present to provide free guided tours of the monastery and museum which also features a small gift shop and café with refreshments. 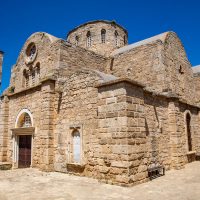 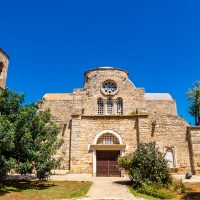 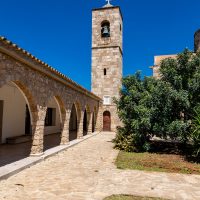 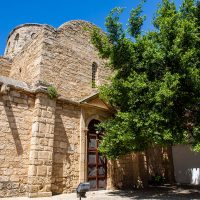 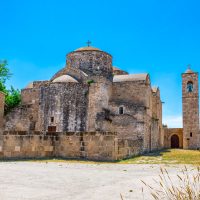 Within a hill near the tiny village of Cinarli sits the largest cave on the island. Taking its name from...
Discover