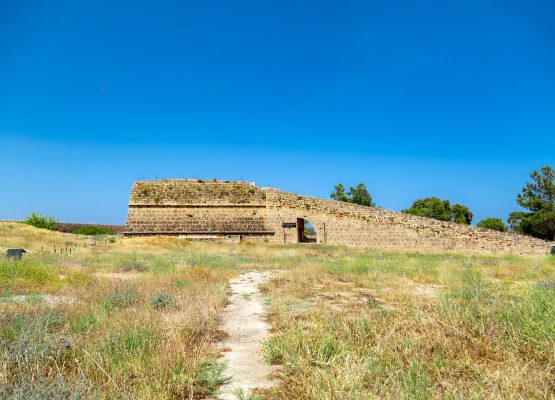 Within the fortification of the Famagusta City Wall, this bastion is one of the finest displays of state-of-the-art renaissance military architecture.

Also known as Tophane, the Martinengo Bastion can be found in the north west corner of the walled city, and its intricacy is in stark contrast to that of its peaceful and secluded setting.

The Kingdom of Cyprus was a Crusader state that existed between 1192 and 1489 and was ruled by the French House of Lusignan. When the independent kingdom ended, the island of Cyprus became an overseas possession of the Republic of Venice from 1489, until it was conquered by the Ottoman Empire in 1570 – 1571.

When the Venetians arrived in Cyprus, they very quickly realised that the walls of none of the cities were suitable for modern defence and they set about great modifications and renovations.

In Famagusta, they realised that the weakest part of the city walls was in the north west corner – in 1550, a renowned Venetian architect Giovanni San Michelle arrived at the island to redesign and strengthen this area. He died in Famagusta in 1559 while the fortifications were still under construction and was buried in the St. Nicholas Cathedralin the centre of town. The defence works were continued by Luigi Brugnoli until completion in 1562.

The Martinengo is one of the Middle Age’s finest examples of military architecture and is the only arrowhead shaped bastion in the Famagusta City Walls, pointing inland. Its shape meant not only could it command a large field of fire away from the walls, but ensured that should any attackers manage to penetrate the moat area to attack the weaker defence walls, its field of fire could also be directed along the line of the walls.

It is believed that this model of fortification was inspired by the fortifications of Florence designed by the great Michelangelo, an Italian sculptor and architect of the High Renaissance – in fact, this very design dominated the battlefield for 300 years, and the Martinengo Bastion served as a prototype for various other fortifications in Europe and America.

The most modern invention in bastion design at the time, Martinengo took modern cannons and artillery fire into account and improved the bastion’s defence and offence.

The walls reached up to six metres of thickness. Earth was used as the main construction material to absorb the impact of any fire. It was surrounded with wide ditches, and covered a huge area allowing it to house the largest Venetian cannons and fire pointed in multiple directions.

Where possible, its lower sections were built into the bedrock, thus negating any possibility that attackers could dig tunnels beneath or lay explosives and mines. Entry to the interior through dual ramps allowed quick and easy access for horses and heavy munitions to supply the cannons on the inside of the bastion.

Covering over a square mile in size, an internal curved passageway allowed movement from one side of the bastion to the other. Chimneys were fitted for the ventilation of gunpowder smoke, mass spaces allocated for storage of gunpowder barrels and cannon balls.

During the Ottoman siege of Famagusta, a Venetian force under the command of Hiernino Martinengo was sent to assist the besieged city. Commander Martinengo died on route, and his body was taken to Famagusta. A popular figurehead, the bastion was named after him.

Having suffered little during the ensuing years, the bastion is still a formidable piece of construction by any standards.

Visitors will not find it difficult to imagine the fire power that would once have erupted from this great bastion nor realise why it took the vastly superior numbers of the Ottoman forces ten months to conquer Famagusta, later referred to by the Ottoman forces as almost impregnable.

There is much to take in both externally and internally at the formidable Martinengo Bastion – allowing for 90 minutes at this site will provide just enough time to overcome some of its history and architectural superiority. There is not a stone corner, angle or tunnel that has not been crafted with smooth precision here.

The nearby churches of the Armenians and the Carmelites are both ruins worthy of a visit whilst in the bastion precinct. 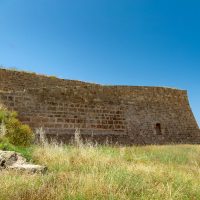 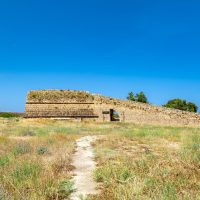 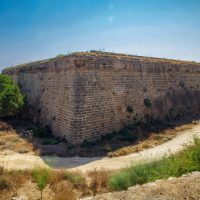 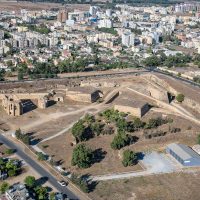 Among the many churches in Famagusta, these two medieval edifices have an exhilarating story to tell. The 13th century officially...
Discover

Sitting perhaps incongruously amid a traffic intersection, St. George of the Latins is one of Famagusta’s oldest churches. Located in...
Discover

This Nestorian Church officially known as the Church of St. George the Exiler, lies within the walls of the old town of Famagusta. St. George...
Discover
Discover
The Island
Events
Media
Travel plan
NCY For
Essentials
This website uses cookies to provide you with the most relevant information. Please accept cookies for optimal performance.AcceptRead more