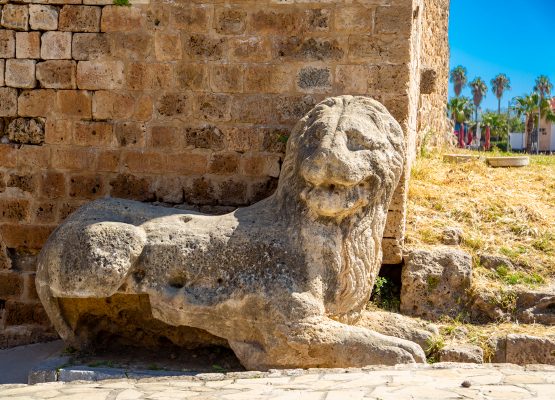 One of two original entrances to the old walled city of Famagusta, this gate is remarkably well-preserved.

When the Venetians took control of Famagusta in 1489, they immediately started to strengthen the city walls in line with modern warfare and against posing enemy threats.

Fortifications continued for over 70 years, and the Sea Gate, or Porta del Mare, was one of the earliest to be completed, in 1496.

Built in Italian Renaissance style and sanctioned by Venetian Commander Niccolo Prioli, it served to protect the entrance to the walled city from the Port of Famagusta. It was built at an angle in order that rogue sea farers would embark upon its superiority from afar as they approached the city from the Mediterranean. An inscription above the gate records the legacy of the chief.

Dominating the entrance is a large marble sculpture of the winged lion of St. Mark, the patron saint of Venice. The lion is seen to hold a book in one of its paws with the Latin inscription, “Peace to you Mark, the Evangelist”. The marble is believed to have been sourced from the ancient ruins of Salamis.

The iron portcullis that opens towards the sea face of the walls is from the Venetian era, whereas the iron-clad wooden door that opens land side was erected later by the Ottomans.

On the land side, to the right of the Porta del Mare, visitors will also come upon a further statue of a lion, again brought over from Salamis by the Venetians.

Legend has it that this lion will open its mouth on one occasion only – anyone who embarks on this rare moment and dares to put their hand inside, is believed will be the beneficiary of a very generous fortune. Perhaps that of the treasures rumoured to be hidden and sealed by Venetian merchants below the Othello Citadel during the Ottoman Siege. Nobody to date has witnessed the lion opening its mouth, nor had their hand bitten off!

A view of the port side of the gate can also be better seen from the Othello Tower, the oldest section of the walls that you will also most likely visit when discovering the historic Famagusta Walls. 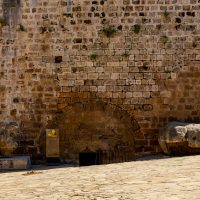 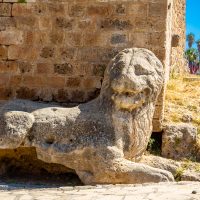 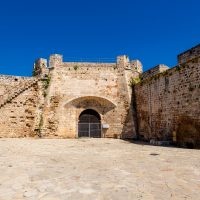 This historic stronghold within the Famagusta Walls has since be renamed and houses a tomb and museum open to the...
Discover

This collection of tombs near Salamis are presumed to be royal given their scale and splendour and so have also...
Discover

During the Renaissance era the Venetians constructed great walls around cities in Cyprus, threatened by the impending Ottoman Empire. Among...
Discover
Discover
The Island
Events
Media
Travel plan
NCY For
Essentials
This website uses cookies to provide you with the most relevant information. Please accept cookies for optimal performance.AcceptRead more