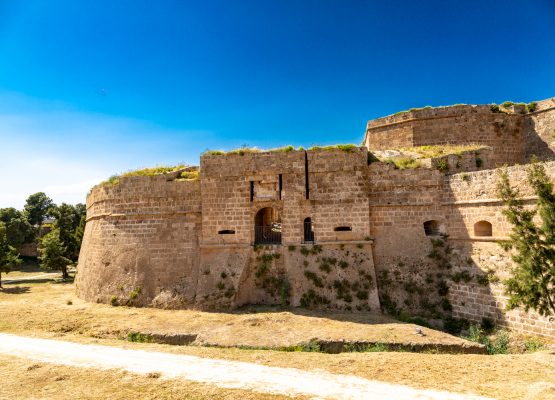 Visitors to the old walled city of Famagusta today can walk over vast sections of the fortification and get a real sense of the sheer bulk of its defences.

When the Venetians took control over Cyprus in 1489 from the French Lusignans, the city walls in Famagusta were tall and slim, designed for defence against light enemy sieges at the time.

However, warfare methods were improving and with the introduction of heavy artillery, the Venetians were more than aware that they had to remodel and strengthen these walls, especially against the possible threat posed by the Ottomans and their hefty cannons.

In 1492 they hence began fortifying the walls, and experts were brought in from Venice to oversee the renovations that lasted over 70 years. Certain models of this fortification were actually inspired by the great Michelangelo, Italian sculptor and architect of the High Renaissance

Seaward walls were constructed totalling a length of three kilometres and up to eighteen metres in height, and the Martinengo Bastionas well as the Land Gate, later known as the Rivettina Bastion were redesigned at great cost.

The two gated entrances into the wall were indeed the Land Gate and the Sea Gate or Porta del Mare. Any tour of the Famagusta Walls tends to start at the southern end near the Rivettina Bastion.

It is the second oldest part of the walls after Othello’s Tower and certainly one of the most intriguing areas for those interested in military fortifications.

Over the centuries it has been also been called the Ravelin and the Akkule, depending on the empires ruling Famagusta at the time.

Originally named the Ravelin, it was the Lusignans that built this tower outside the walls of Famagusta, as protection of the main entry to the city – the old French name given reflecting its half-moon or demi-lune shape.

When the Venetians came to power and fortifications commenced, they built new walls in which the Ravelin was incorporated into. It was renamed the Rivettina Bastion and became part of a colossal defensive structure, bristling with cannon emplacements and connected by a series of passages and chambers.

The outer edges of such a fortification were configured to divide any assault force, and guns within could fire at any attacking troops as they approached the curtain wall.

The threat from the Ottomans proved not to be an idle one and in 1570-71, the Venetians in Famagusta found themselves under siege. Although the walls were never breached, the Venetians surrendered after a long ten months.

When the latter took possession of Famagusta and the Rivettina Bastion, it was renamed the Akkule, or white tower, supposedly from the colour of the flag the Venetians hoisted in surrendering the fort.

The entrance to the walled city continued through Akkule, over a drawbridge that the Ottomans erected, protected by a portcullis and evidence of which still remains today.

Entering through this gate, visitors will first admire the frescoes and coats of arms dating to the Venetian era. As you walk past the Akkule mosque built by the Ottomans in 1619, stairs will lead you to the top of the walls, from where you can walk across the Arsenal and continue until you reach the original Sea Gate, Porta del Mare.

Wander through the maze of passages and contemplate the civilisations and sieges that have come and gone over centuries past. 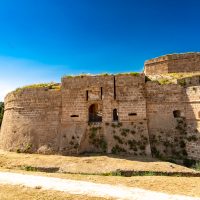 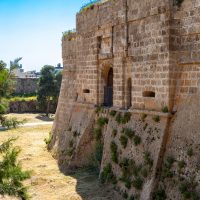 This historic stronghold within the Famagusta Walls has since be renamed and houses a tomb and museum open to the...
Discover

This collection of tombs near Salamis are presumed to be royal given their scale and splendour and so have also...
Discover
Discover
The Island
Events
Media
Travel plan
NCY For
Essentials
This website uses cookies to provide you with the most relevant information. Please accept cookies for optimal performance.AcceptRead more