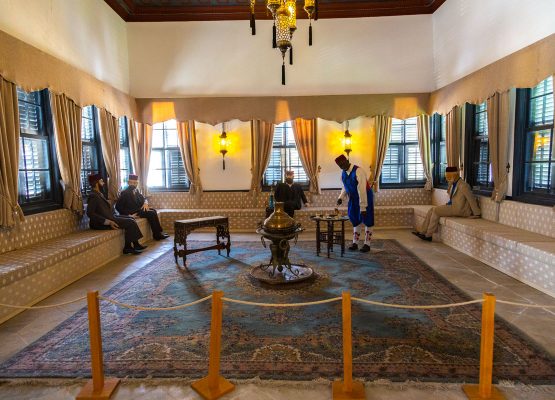 This grand mansion located within the old city walls in the historical Arabahmet quarter of Nicosia bears the characteristics of traditional architecture in North Cyprus.

Named after its owner, one of the city’s most prominent residents, Tuccarcibasi Hadji Dervis Efendi was the editor of Zaman newspaper, the first Turkish periodical in Cyprus published between 1891 – 1900.

A wealthy Turkish Cypriot who owned large strips of land outside the walled city of Nicosia, Dervis was a leading figure in the Turkish Cypriot community and also a member of the assembly that ratified the decisions of the British colonial administration.

Built over two floors in the early 19th century, the current mansion was built on an earlier Gothic building on the same site. It has two entrances, historically separated for men and women, and a keystone above the front door bears the inscribed Islamic calendar date equivalent to 1801.

In 1978, with the building in total disrepair and in danger of collapsing, it was purchased by the Turkish Cypriot state in 1981 and following a thorough renovation, opened to visitors as an ethnographic museum in 1988 revealing the culture, customs and habits of that time.

It is considered to be one of the finest examples of Ottoman architecture and characteristically reflects the nature of old Cypriot lifestyles.

The whitewashed walls, plain yellow-stoned arches, terracotta roof and blue woodwork are all typical. It is built on two floors, the first in stone and the second in mud brick. The main room, which is a latter extension expanding over the street is different in what is known as ‘Baghdadi’ style, timber-framed with stone filling and a roof displaying eaves.

Notable traditional and ornate items alike reveal clues into the everyday life of Cypriots, whilst the furnishings of the bridal room, dining hall and living area each disclose the household rituals of the time. The main room bears the date 1869 on its decorated ceiling boasting ornate wood carvings.

The large inner courtyard was once used by the household for private recreation. The inhabitants of the mansion lived on the upper floor whilst the ground floor was allocated as servants’ quarters and used for storage.

Visitors will also come across old swords and historical clothes that are on display at this fascinating museum, offering a swift and careful insight into old Cypriot life and well worth a visit when sightseeing in the old walled city of Nicosia. 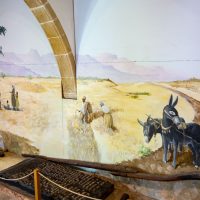 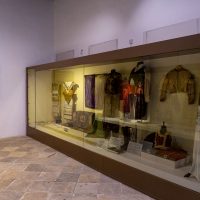 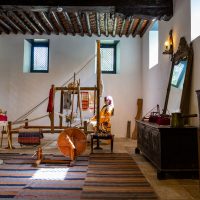 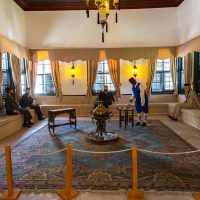 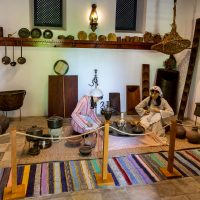 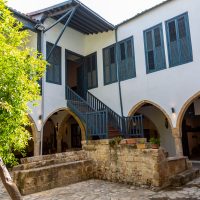 Cyprus has hosted various civilizations throughout its history, and this very unique site features model buildings representing each civilization that...
Discover

Palazzo del Proveditore, commonly known as the Venetian Palace, was a royal palace in Famagusta, originally built by the Lusignan Kings of Cyprus. Located...
Discover

Selimiye Mosque historically known as Cathedral of Saint Sophia, is a former Roman Catholic cathedral converted into a mosque. The largest surviving historical building in...
Discover
Discover
The Island
Events
Media
Travel plan
NCY For
Essentials
This website uses cookies to provide you with the most relevant information. Please accept cookies for optimal performance.AcceptRead more