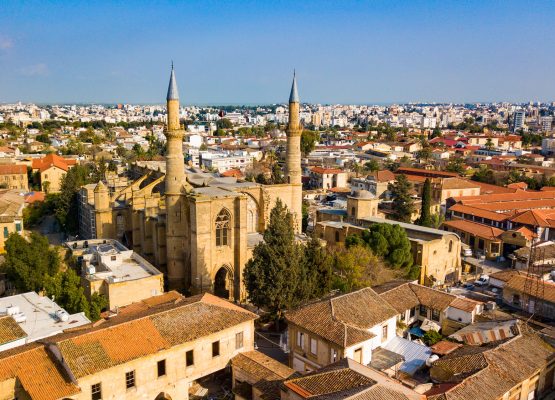 Converted from a Catholic Cathedral

Selimiye Mosque historically known as Cathedral of Saint Sophia, is a former Roman Catholic cathedral converted into a mosque.

The largest surviving historical building in Nicosia, sources claim it “may have been the largest church built in the Eastern Mediterranean in the millennium between the rise of Islam and the late Ottoman period.”

It is not certain when the construction of the cathedral began, it may have gradually replaced its Greek predecessor or may have been built alongside it. The date cited for the laying of the foundation stone is 1209 during the reign of the Lusignan King Henry I and building lasted over 100 years. Only by the end of the 13th century had the side aisles and part of the middle aisles been completed.

During the 13th and 14th centuries, the cathedral was damaged twice by earthquakes, in 1267 and 1303. The 1267 earthquake caused significant delay in the construction of the nave. The build in fact been damaged by earthquakes throughout its history.

It was consecrated in 1326 as the Church of Ayia Sophia while still incomplete, and the blunt-roofed bell towers were never finished.

When the Venetians built their walls of Nicosia, St. Sophia’s Cathedral became the centre of the city. This reflected the position of medieval European cathedrals, around which the city was shaped.

During the 50-day Ottoman siege of the city in 1570, the cathedral provided refuge for a great number of people. When the city fell, the Bishop of Paphos delivered the last Christian sermon in the building, in which he asked for divine help and exhorted the people.

The first Friday prayer on 15 September was attended by the commander Lala Mustafa Pasha and saw the official conversion of the cathedral into a mosque. During the same year, the two minarets were added, as well as Islamic features such as the mihrab and the minbar.

The first imam of the mosque was Moravizade Ahmet Efendi, who hailed from the Morea province of the Ottoman Empire. All imams maintained the tradition of climbing the stairs to the minbar before Friday sermons while leaning on a sword used during the conquest of Nicosia.

During the Ottoman period, it was the largest mosque on the whole island and as it attracted a large number of Muslims from the town and surrounding villages, a market developed next to it and the area became a trade centre. The area around the mosque also became a centre of education with madrasahs being built nearby.

In 1874, upon rumours that Sultan Abdülaziz would visit Nicosia, a new gate, called the “Aziziye Gate” after the sultan, was built at the east end of the building. The gate was an enlargement of a pre-existing Lusignan window on the site, and pieces of marble and other material from the surroundings were used in its construction.

As a mosque, the church was renamed the Hagia Sophia Mosque, a name which it retained till 1954 when it was renamed. In 1949, the imams stopped climbing to the minaret to read the adhan and started using loudspeakers instead. On 13 August 1954, the Mufti of Cyprus officially renamed the mosque “Selimiye Mosque”, in honour of the Ottoman Sultan Selim II, who headed the empire during the conquest of Cyprus.

Burials within the time of the church include Hugh III of Cyprus and the Aimery of Jerusalem.

Calmness is felt as the sound of the Muezzin reciting the Adhan calling worshippers for daily prayer echoes through the narrow streets of Nicosia.

As well as being the most beautiful mosque in Nicosia, the Selimiye Mosque is also the largest and most attended of all, holding a maximum capacity of 2,500 worshipers As it still serves as a house of worship, there are no set times for visitors, who should try not to coincide with the five prayer times. You are allowed inside, shoes left behind at the entrance, modestly dressed and quiet.

In recent years, the old streets around the mosques have been renovated. Consequently, with the addition of thriving businesses such as authentic restaurants and antique shops, the area around Selimiye Mosque has reached a new level of liveliness and has become a popular destination among tourists as well as locals, both during the day and night.

Live music by local performers and bands are likely to take place several nights a week in certain venues in the vicinity of the elegant mosque. 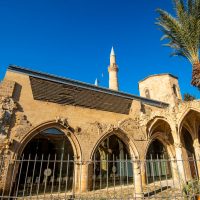 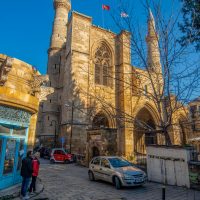 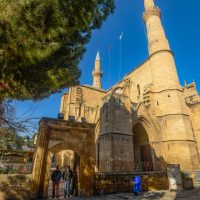 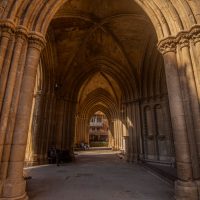 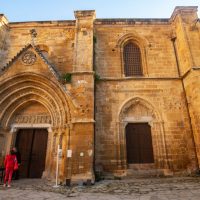 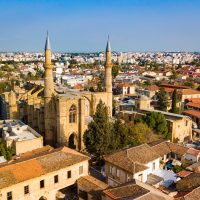 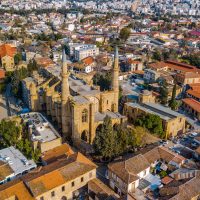 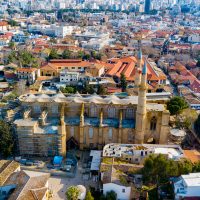 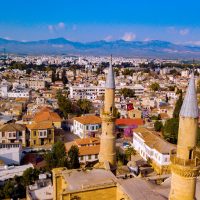 The Haydarpasa Mosque was originally built as the St. Catherine Church by the Lusignans in the 14th century, becoming the...
Discover

Situated to the east of the Selimiye Mosque, this gallery is housed in a Venetian style stone-built two-story building dating back...
Discover
Discover
The Island
Events
Media
Travel plan
NCY For
Essentials
This website uses cookies to provide you with the most relevant information. Please accept cookies for optimal performance.AcceptRead more