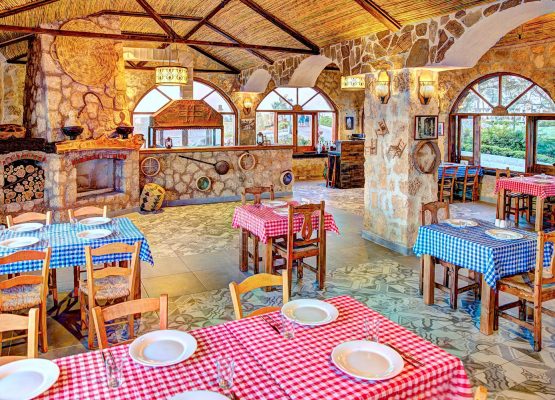 Like Italy’s osterias, Spain’s bodegas and France’s bistros, Cyprus’ eating and entertainment houses, known as Meyhanes, are a place to come together over meze and, more importantly, drink Turkish raki – a tradition dating back thousands of years.

If there is one social space that epitomises the true North Cyprus eating and drinking culture, it is the meyhane.

Meyhanes date back to the Byzantine era, and have underwent a slow evolution. A type of drinking den in the Ottoman empire, the name comes from the Persian mey meaning ‘wine’ and khāneh meaning ‘house’.

These joints used to be described as small dark spaces, often underground, with few or no windows, wooden stools and low tables by a bar, and casks filled with wine lining the walls.

Under Ottoman rule, meyhanes were owned by non-Muslims, who were generally allowed to produce and sell their own wine outside of Muslim districts.

Although rakı entered the meyhane scene in the 16th century, it played second fiddle to wine until the 19th century.

The meyhane today therefore, where people sit together around tables draped in red or white linen, eat a colossal amount of meze’s, meat or seafood whilst sipping their raki, is a relatively recent phenomenon.

More than just a mere place to eat and drink, it is a place where conversation takes centre stage, where hearts are poured out as the rakı flows and where quenching the thirst of the soul matters much more than satiating the hunger of the stomach.

Having said that, the meyhane culture in North Cyprus differs to other counterparts in the Mediterranean. You will not find a menu, and a feast of local delicacies will be brought to the table one after the other, until you say stop. 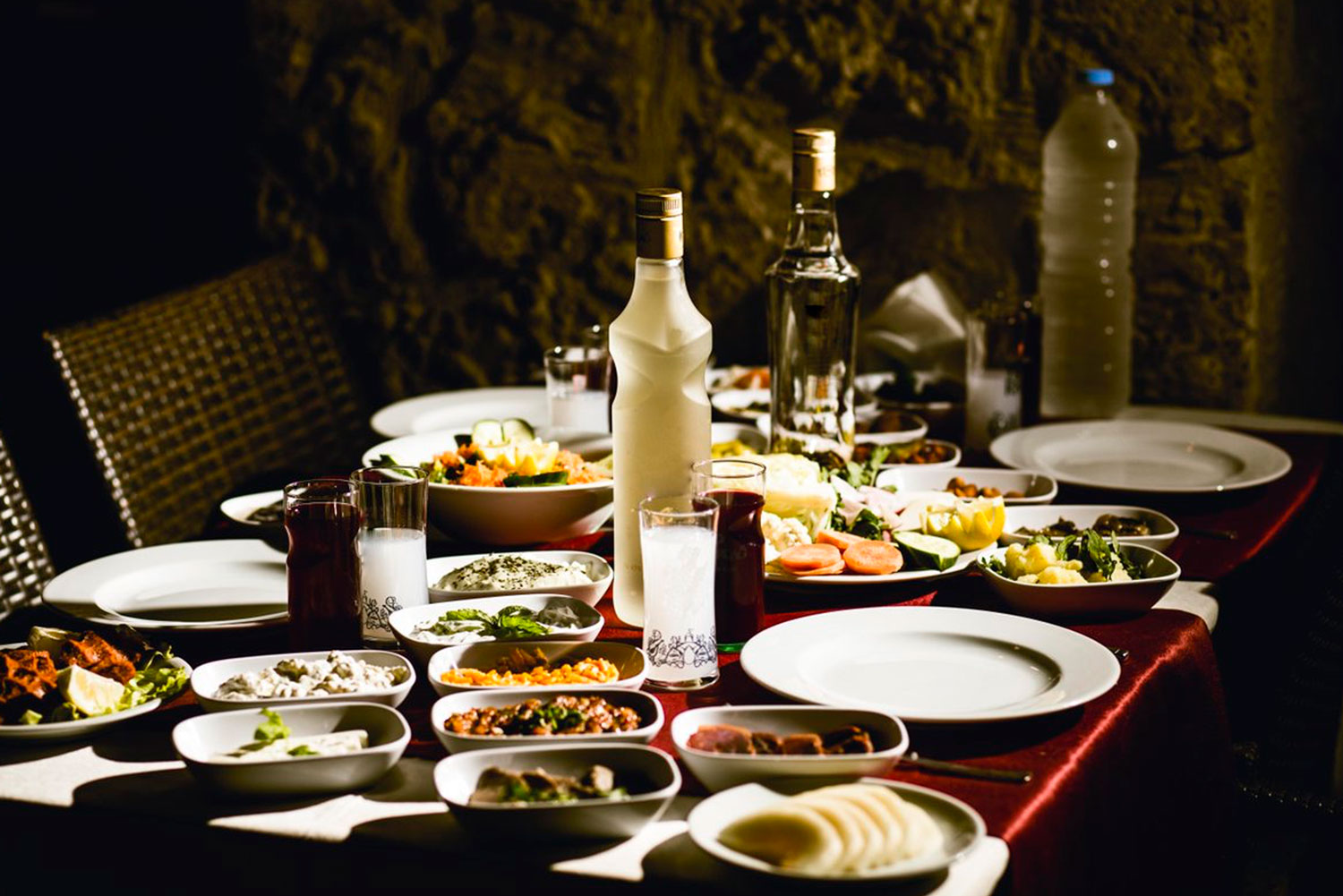 Starting with a spread of cold Meze’s, several plates of different types, no less than fifteen, are the start of the almost banquet serving. Specialities unique to North Cyprus include green olives known as Chakistes, pickled Quail eggs, Samarella which consists usually of goat’s meat that is salted and cured for preservation, and Tahin, a sesame paste made from toasted and ground hulled sesame seeds mixed with garlic, lemon juice and olive oil, a staple of any Cypriot maze.

If you are drinking rakı, you can ask for Beyaz Peynir (white ewe’s milk cheese matured in brine) to always be accompanied by slices of fresh melon.

Warm meze’s follow usually with grilled Hellim in pitta bread, Çiğer which is diced liver either grilled or fried, and Magarina Bulli, tubular pasta cooked and served with chicken, sprinkled with grated Hellim and dried mint.

A meat platter arrives soon after, from Köfte (meatballs) to Lamb and Chicken Şiş (skewered), Chops, to the infamous Seftali Kebab, a type of crépinette, with a lamb filling mixed with finely chopped onion and parsley and seasoned with salt and pepper.

If you have room for dessert, you will served mixed seasonal fruit, a type of Macun which is a traditional fruit preserve inherent part of Cypriot culture, and most meyhanes will also offer a serving of the infamous Kırbaç, which literally translates as the “the Whip” – a blend of Nor, a fresh mild whey cheese produced in Cyprus, and cream or milk, drizzled with local honey and topped with walnuts.

Before making the journey back to your accommodation, you will be offered a Kahve (Turkish coffee) to assist in digesting the feast.

You will be amazed by the great value for money you receive in meyhane’s, not more than £25 per person, and the likelihood is you will not be able to finish everything served to the table.

The more traditional concentrations are inland, in Nicosia or neighbouring Gönyeli, however you will find more than one Meyhane in almost every town, and it is likely your hotel receptionist can direct you to a great recommendation.

Coffee in North Cyprus is not just a drink, it’s a way of life as well asan experience. Turkish coffee...
Discover
Discover
The Island
Events
Media
Travel plan
NCY For
Essentials
This website uses cookies to provide you with the most relevant information. Please accept cookies for optimal performance.AcceptRead more